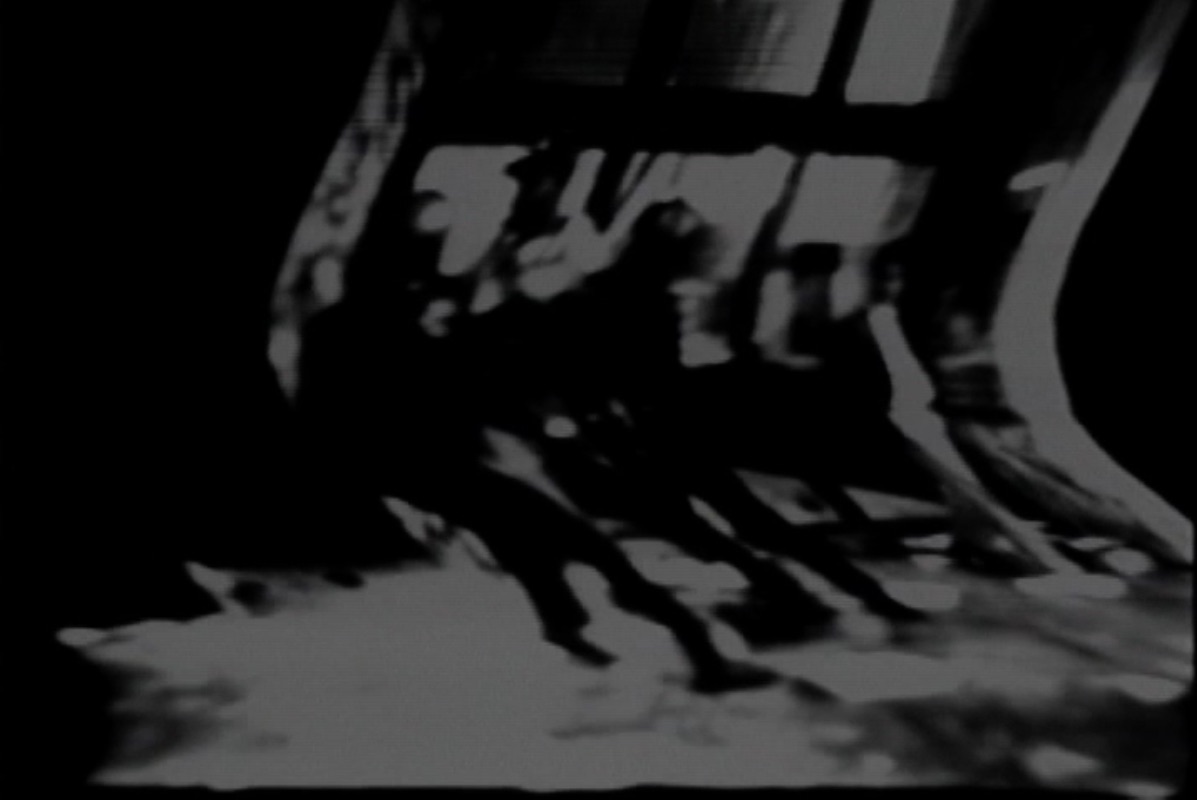 A series of electronic works that excavates
the ghostly remains of the Los Angeles riots. 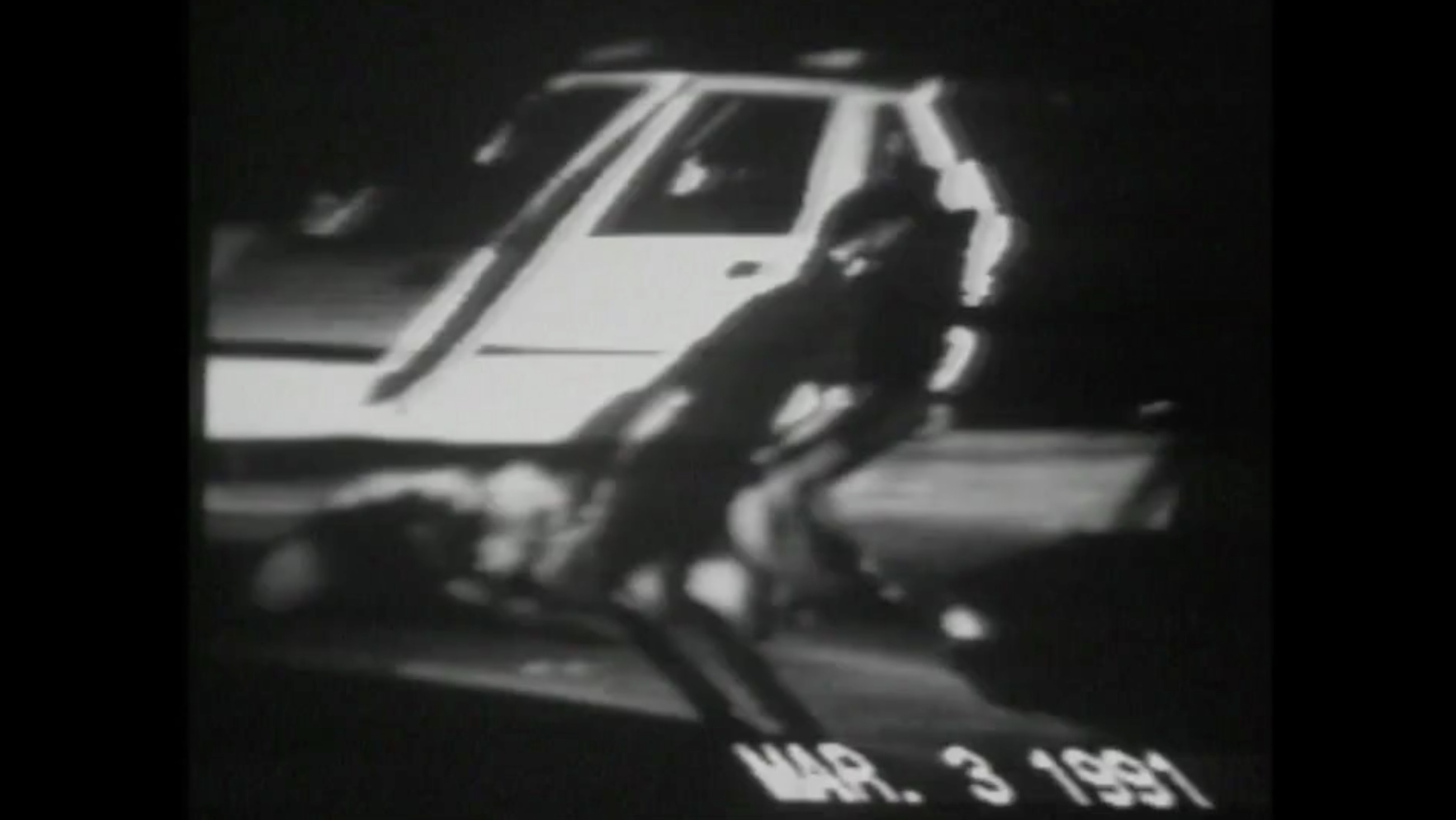 THE L.A. RIOTS
In 1991, amateur video recorded by a bystander captured four white Los Angeles policemen beating a black suspect, Rodney King. The video quickly found its way onto television, where its brutal images saturated the medium and transfixed a nation. One year later when a jury acquitted the officers of assault charges, scores of angry residents took to the streets of Los Angeles for three harrowing days of violence, looting, and arson. The upheaval resulted in more than 60 people dead, 2,300 injured, and $1 billion in property damages.

AMNESIA & SPECTACLE
Disturbance Cycle resurrects scenes from the television coverage of the 1992 L.A. riots to explore spectacle, racial conflict, and historical amnesia. The central work of Disturbance Cycle is the 22-minute, multi-channel, experimental documentary Disturbance. Distorted and transformed through analog video synthesizers and rendered black and white in an evocation of early television, the once familiar but now forgotten images of our conflicted history are made distant and alien — a stark and tragic transmission viewed from a far-off planet. 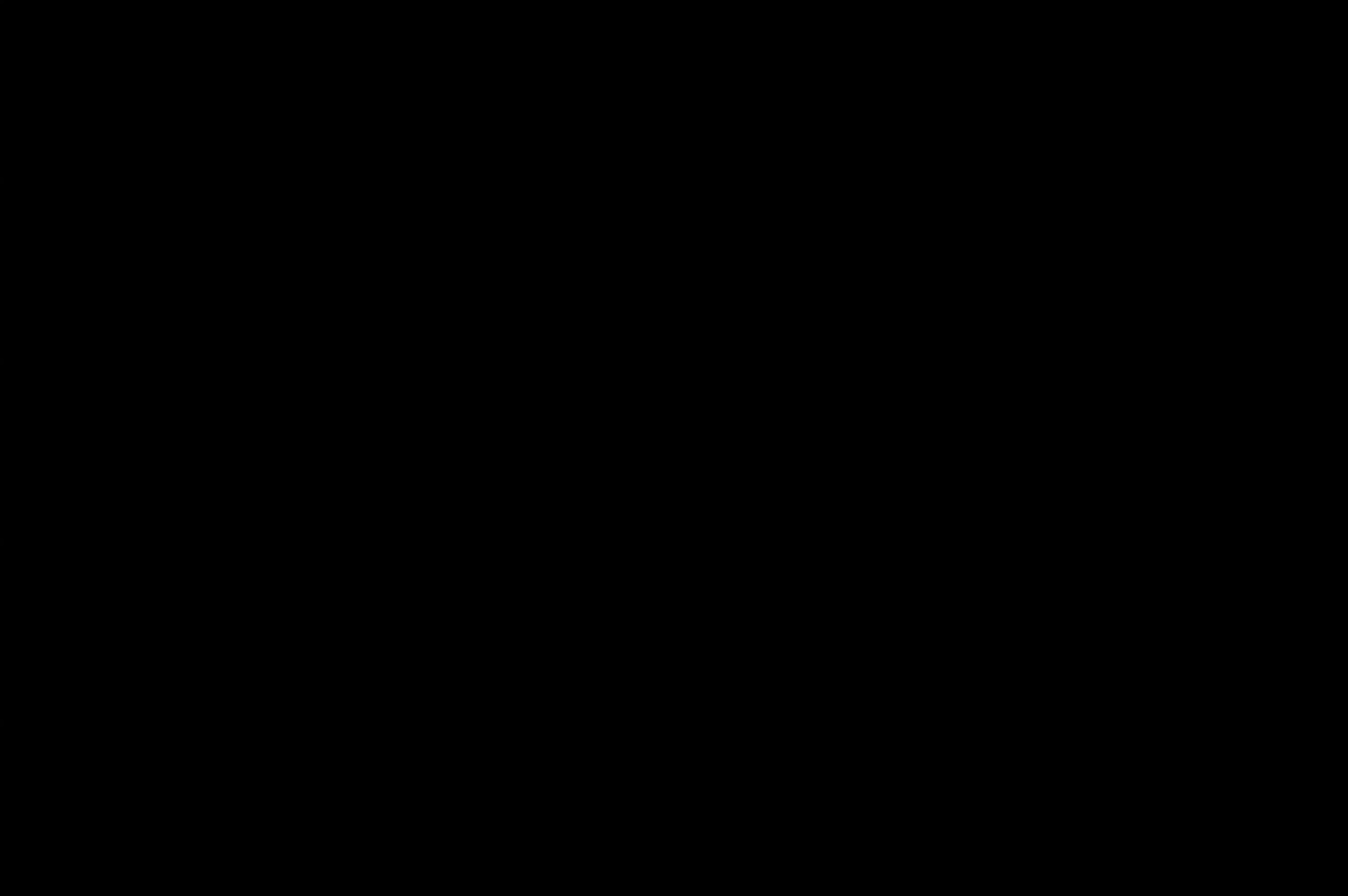 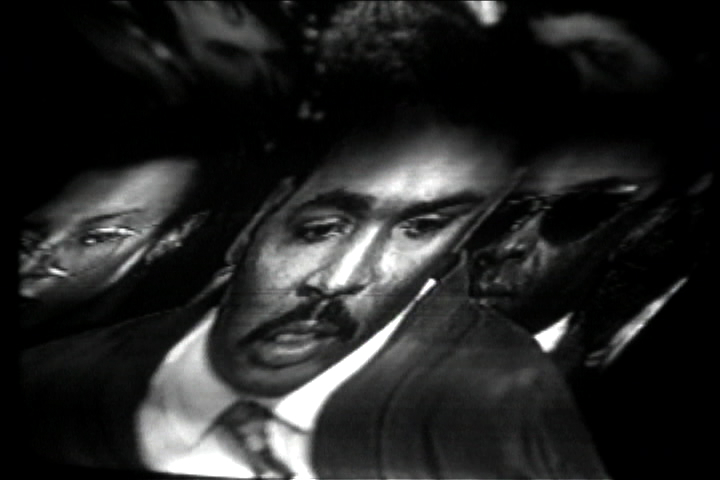 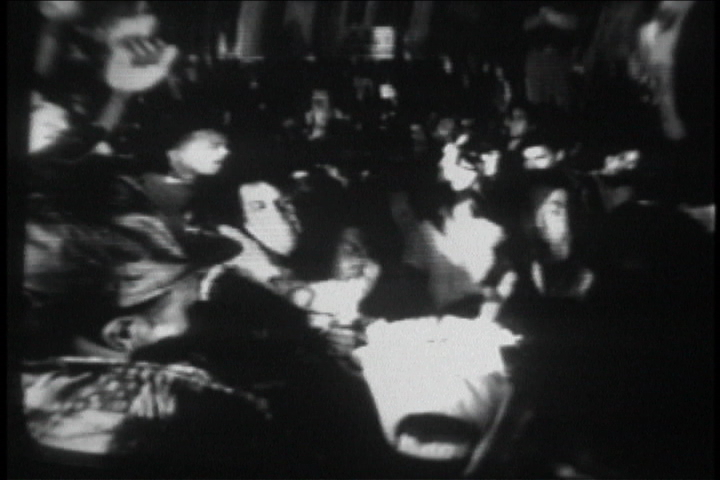 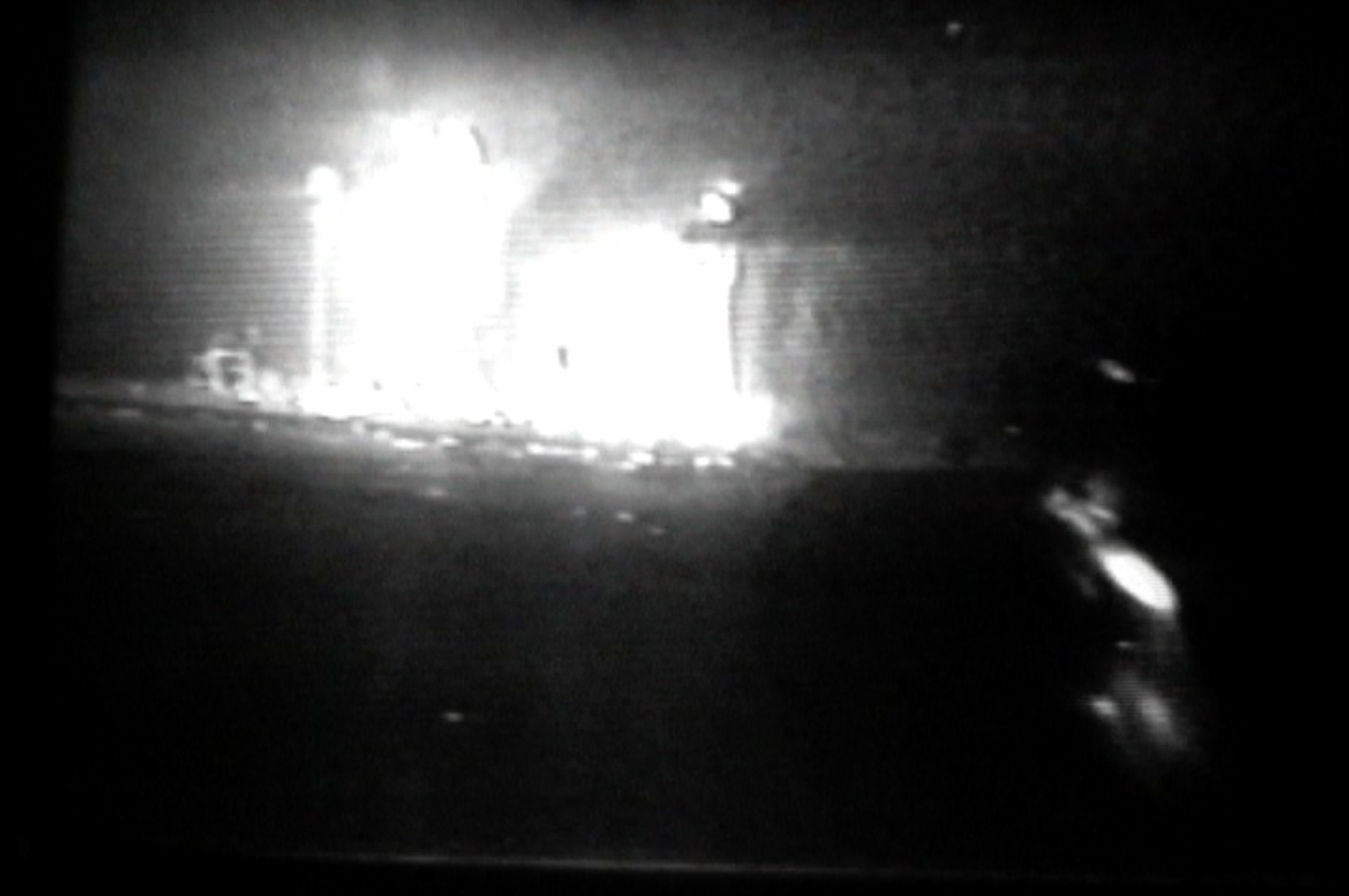 THAT WHICH DOES NOT SLEEP

All images in Disturbance Cycle, whether mob beating, presidential speech, or car commercial, aired during the time of the L.A. riots: April 30–May 2, 1992. During this period, I haphazardly recorded small portions of the televised disaster—and then soon forgot all about them. When I discovered the tape years later, I found the contents profoundly sad, more unsettling than when I first viewed them. But why? This question guided the making of this work.

The answer has something to do with how we live in America, how we stand removed from our history of injustice, blind to wounds we wish not to see, and how central a role the electronic image plays in this process. These images have become phantasms for me, emerging out of oblivion, restless half-glimpsed figures in the social dreamscape.

A past that does not sleep, even when we do. 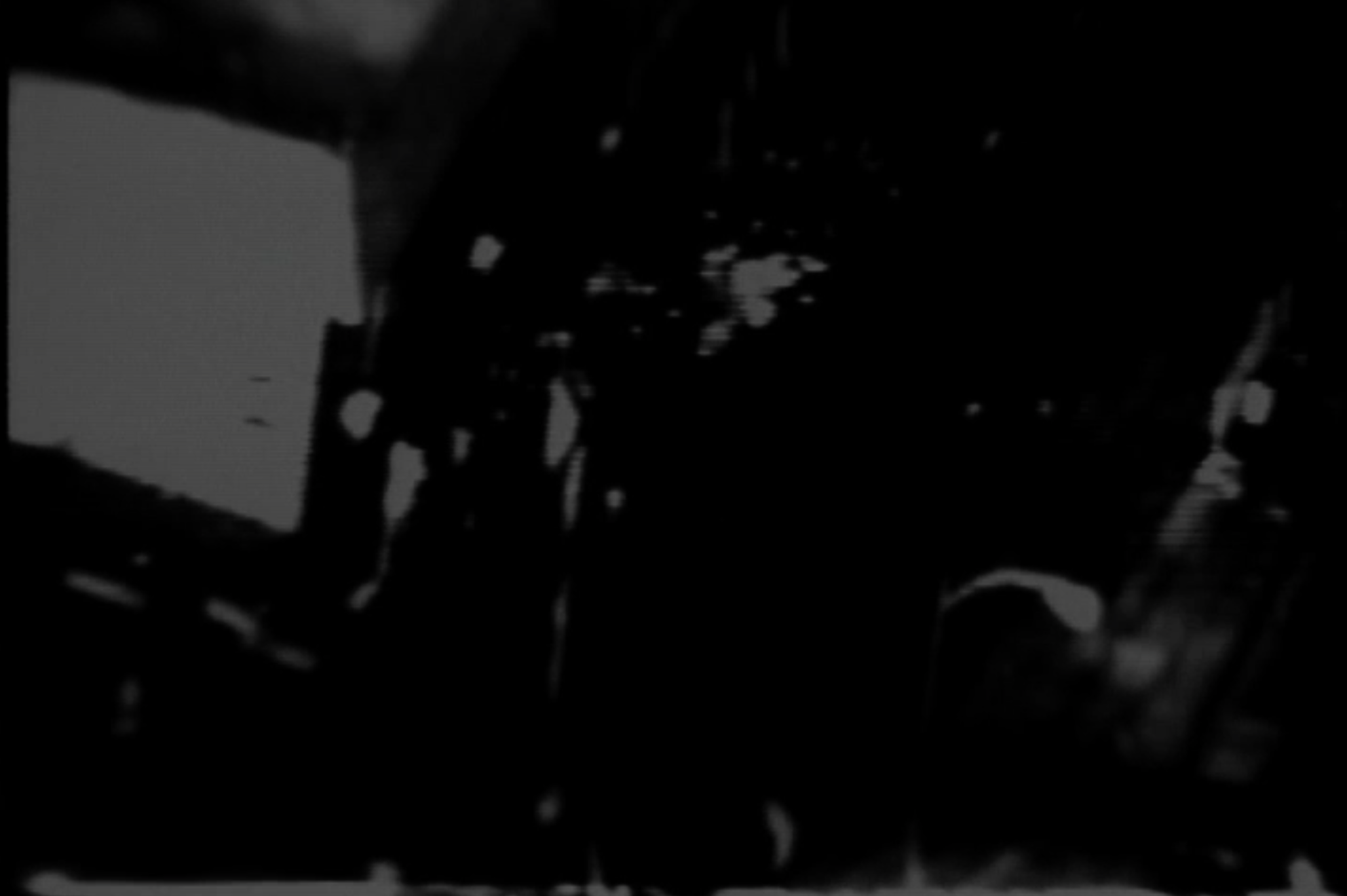 For responses to this work, or this subject,
or for any inquiries concerning gallery exhibition,
please contact parisikov[at]gmail[dot]com